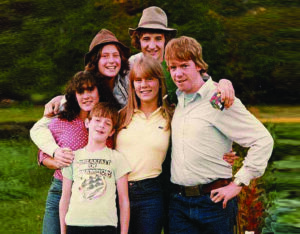 After Coniston, David studied Mechanical Engineering while in the ROTC at MIT and was a Naval Aviator and Flight Instructor. After receiving his MBA, David moved into the corporate world and is currently the CCO for FI.SPAN, a company he helped found.

“… I was probably the youngest CIT and a young kid when I was exposed to Camp, and I consider myself lucky to have experienced it at a time when I could learn from those experiences and nurture them. In high school I wasn’t doing all the leadership things, so Coniston and the CIT program gave me the ability to launch some of my talents and use them. That gave me the confidence to continue on…”

“Each piece of your life builds on the other. For me, it was Camp that had a big impact on the things I was able to do in my later years of high school and that translated to what I brought to MIT. I don’t think that without that confidence I would have been successful in ROTC and the military. It’s also possible that people would suggest camp is nothing like the military, but I would suggest camp and the military are not so different and that a lot of things I learned at camp were directly attributable, to and directly helpful to succeeding in ROTC and the military. I’m not sure I thought that at the time, but looking back I think that’s absolutely true. I think Camp indirectly, [and even] much more directly, helped [me] in the military. The military piece that translates to later in my career is leadership. I left behind the technical skills of the military because I don’t fly anymore but the leadership piece carries over.”