Alumni, Jared Reid shares a wonderful story about YMCA Camp Coniston and how a piece of history got returned to the rightful owner, Alumni, Kitter Spader.

After reading Kitter Spader’s spotlight piece in the Coniston Chronicle I began to think about a piece of history that may have been linked to him. I had heard that Kidder was the director of waterskiing before I arrived at YMCA Camp Coniston and I had heard about the famous waterski shows that were put on by their staff.  When I became the waterski director I was fascinated with the giant round plywood disk that the previous staff would ride on while sitting or standing on a wooden chair. There was also an early Burton Backhill snowboard that had been altered and made into one of the first ever wakeboards by screwing a waterski skeg onto the bottom of the board. 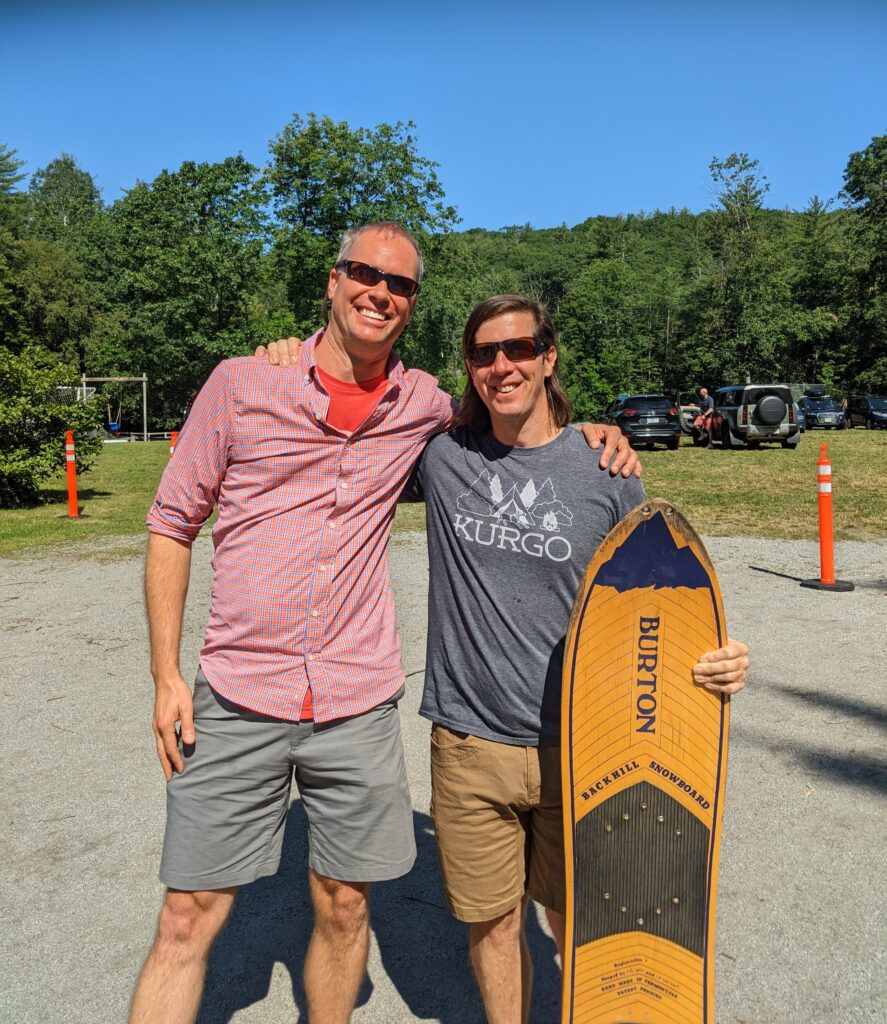 At the end of 1995 camp season I asked everyone at camp Coniston who the board belonged to and no one really knew. I decided to acquire the board as a piece of snowboarding and Coniston history.  This wooden snowboard was my prized possession. It traveled around the United States with me from Boston to Virginia Beach to Seattle and then back home to Western Massachusetts. It was going to be the focal point of my future mountain house.

The alumni spotlight got me thinking about how Kitter Spader may have been it’s original owner. When I brought my two children camp for drop off I saw who I thought was Kitter from the picture in the magazine.  I went up, introduced myself, and inquired about a piece of Coniston history that was left at camp over thirty years earlier.  I think he was amazed that the board still existed and that I knew where it was.  I asked him if he wanted it back after all this time.  He said yes.  Two weeks later at camper pick up we met up again.  He told me some of the stories from when he got the board and when they used it at camp.  The abandoned board was back to its original owner and someone I knew would treasure it as much as I had.