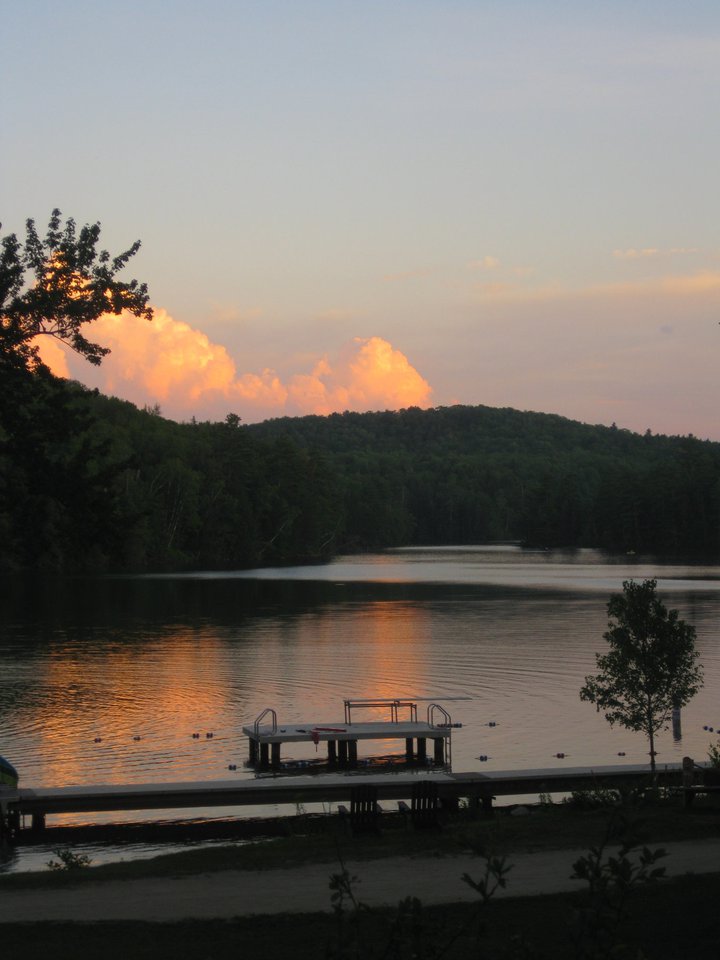 What are your greatest camp treasures?

Skills and lessons? Yes. Lifelong friends? Absolutely. But when you gather a group of alumni together though, camp stories become equally treasured. The sillier, wackier, and more unbelievable, the better. Camp stories beg to be shared and stretched like silly putty across our collective Coniston memories, gaining magic and bending accuracy with each pass.

There is one story, however, that did just the opposite. It disappeared.

A couple years ago, alumnus and camp legend Paul “The Wall” Marcotte donated some amazing items to the camp archive that he came across online. There were postcards and letters that gave a bit more insight into what camp life was like through the last century. Even among this wealth of new archival material, there was one item that stood out: a letter from former camp director Maynard L. Carpenter, who helmed Camp Soangetaha (which eventually became Coniston) during its early years.

The contents of the letter were as shocking as they were brief. It read: “As you know there was no camp last year on account of the War but I hope that you will be able to be with us this year.” It was dated May 14th, 1919. Camp was cancelled for the summer of 1918.

Fast forward to this spring. I was devastated to hear that traditional camp programming was not going to happen this summer. But after the initial shock set in, I could not stop thinking about the other missing Coniston summer and the war that cancelled it.

To me, the truth behind why we never heard about that summer is because the real story is not about what did not happen. The real story is about what happened afterward. In the summers following 1918, summer camps all over began to change. People returning from serving in the military, many of whom were about the same age as summer staff, introduced elements of their experience as they redesigned camps. Camps went from weekend outing clubs to far more structured, sophisticated organizations.

Consider Camp’s layout for example. Coniston’s layout dates to the early 1920s. We have rows of uniform cabins with a central base area. We have daily flag ceremonies. We start the day with reveille and end it with taps. These traditions were adapted from the shared hardships and military experiences of the counselors who would come back to camp starting in 1919. In contrast, suburbs were popular in the 50s and 60s, and camps from that time are spread out like suburbs.

The traditions that were introduced almost 100 years ago, because of that missing summer, have become a part of the DNA of Coniston. In the same way that you can tell the story of a tree by looking at its rings, our shared experiences in 2020 will join to shape the Coniston community of the future.

It is hard to imagine the camp that would become YMCA Camp Coniston during the missing summer of 1918. At that time camp was just a group of individuals with some supplies, borrowed space in the woods, and the belief that time outdoors, together, was the cure to a lot of what was wrong with the world. Through the darkness of this year, I find inspiration in picturing how much we have grown in the past 100, and how that growth has been able to positively affect the lives of countless individuals. I find hope in imaging the summer of 2118. What will it look like? History would dictate that the answers begin with the Coniston community of 2021.

The fact that for the two times camp has been canceled, they are almost exactly 100 years apart, during a pandemic, going into the 20s is a special coincidence.  It reminds me of a dining hall quote from Ivy Baker Priest: “The world is round, and the place which may seem like the end, may also be only the beginning.”

Jack Berthiaume spent each summer (and a couple winters) at Coniston from 2005-2019. Today, he applies his camp lessons daily as a graduate student at the University of Washington and in his work at a nonprofit on Vashon Island, Washington.

Coniston has a track record of success in the face of society’s biggest challenges. If you found this read interesting, you may also like coniston.org/history. There, you will see how Coniston has used the power of camp to overcome everything from the Great Depression, to international political strife, to the plight of wild songbirds.