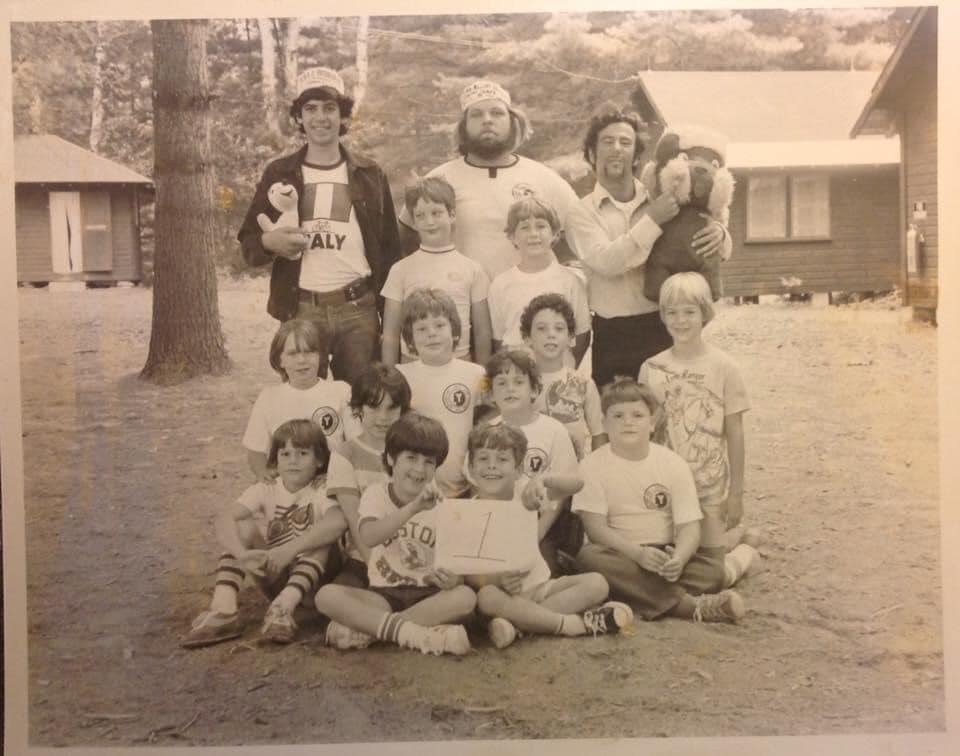 I grew up in an Italian neighborhood in The Bronx, New York, in the 1960’s. My tiny world of a few blocks was very safe and sheltered. There were parks to visit, but no real wilderness that I was aware of.

Some years later, my mother informed me that I would be attending a summer camp in a place called Grantham, New Hampshire. As far as I was concerned I was headed to a far away land…possibly near Siberia. I went very reluctantly.

Up until that point I had only been to one other camp where I spent two months living in an open lean-two cabin…3 walls and an open door to raccoons, spiders and the occasional snake. I was terrified…but at the same time, I was starting to have an awakening to something special that lay beyond my four concrete blocks in The Bronx.

I remember the drive to Coniston…so many rows of pine trees on some never ending highway. I remember the first time we walked past the general store and down the slope leading to the lake. My first view of the lake that would begin a great adventure within my imagination. Little did I ever imagine that by summer’s end I would be sailing a Sunnie by myself, or learning to save a drowning swimmer when I could barely swim myself. I didn’t know I would be firing rifles and eventually teaching younger campers to do the same, or that I would be camping out in the dark woods and eating s’mores and being told it was lights out and  to put a sock in it! In what, I wondered?

At the end of my first summer, I remember sitting in the back of my parent’s car on the long ride back to New York…and I felt a sadness I had never known. I couldn’t believe it was already over, and that I might not see these incredible friends for a whole year. I just didn’t want it to end.

But I had a secret. A secret I couldn’t tell….

I was not the same person that arrived two months earlier. I was still Chris, but I was also now a member of the Church of The Great Outdoors. I just didn’t want to be inside. I wanted to be outside…to breathe the air, to smell the trees, to feel the river, to climb the hills…

And from that moment on, the insects were my friends, the thunder and lightning were music to my ears…

If not for Coniston, I would have always been a city kid…a little afraid of the dark woods, of the unknown, of the animals and sounds of the forest…

And by the time I was 21 years old,  I was going down The Mighty Amazon River in search of the rarest monkey in the world, and soon after that driving in an 8500 mile race across South America…eventually discovering  that photography could take me anywhere I wanted to go…

And the adventures continued…

But I am here to tell all future campers…that you will never know what a summer at Coniston will unlock within you.

I had no idea when I drove down the driveway for the first time, that the key to my destiny might lie at the end of that road.

Thank you Camp Consiton and to the many friends and staff I got to know in my youth.

…and to my dear mother, who raised us on meager means, but always sought out and found the meaningful adventures on our behalf.