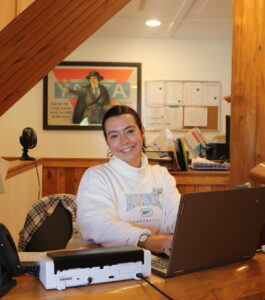 Throughout school and University, I always felt that things were under control; each step of life was laid out before me and with friends and family around, support was never too far away. However, after graduating, for the first time in my life I had no idea what was next. After some mild panic followed by a Google search for ‘What can you do with an English degree?’, I found myself on a flight to China to start my new job as an English teacher.

Whilst on the plane, I remember all manner of logistical worries racing through my mind: ‘What will my new apartment look like?’ ‘Did I pack the right clothes?’ ‘How long will my travel to work be?’. I felt overwhelmed, unsure of how I would manage on my own in a culture so far removed from what I knew. I was wrapped up in the ‘How?’s the ‘Where?’s and the ‘When?’s. But what I was forgetting to ask was ‘Who?’.

On my first day, I met two Chinese co-workers that helped me move into my apartment. On the second, they introduced me to their friends over a picnic in the park. By the end of the week I was FaceTiming my parents telling them all about the friends I had made and the new people I was meeting every day. My apartment was fine, I packed just enough T-shirts, and my route into work took about 10 minutes. The things that seemed daunting and detrimental to my happiness soon became the backdrop for a life-changing adventure filled with people, experience and life.

I look back on my time in China as finding a home away from home. When I say this, I don’t picture an apartment, house or hotel room. Rather, it’s a feeling that the people around me created. A feeling of being your true self, a feeling of acceptance and warmth. A feeling that all the little problems are just that, little. It isn’t tied to a location and it isn’t measurable. It can’t fit into your suitcase, but it can come with you wherever you go.

I had never been to a summer camp before this year. I had never been a camper and had no idea what was in store when I enrolled as a staff member for Camp Coniston. But I soon found that what I had learned in China was just as true all the way over in Grantham, New Hampshire; you don’t have to have your name on the mailbox to be able to call somewhere home.

From the moment I arrived at Camp, met by warm, welcoming people with s’mores in hand, I understood why no one can seem to stay away from Coniston.  It’s a rare gift, somewhere you can be your true authentic self, surrounded by people cheering you on, whether they know you or not. This sense of belonging reached a magical peak when I was invited to run into the lake alongside all my friends (who happened to be fellow international staff members). Coniston campers and staff lined the banks of the lake and cheered us down the hill. I felt truly one of a team, an indispensable part of one big special moment in time. It’s true when people say Coniston is like one big family; It’s a home away from home.