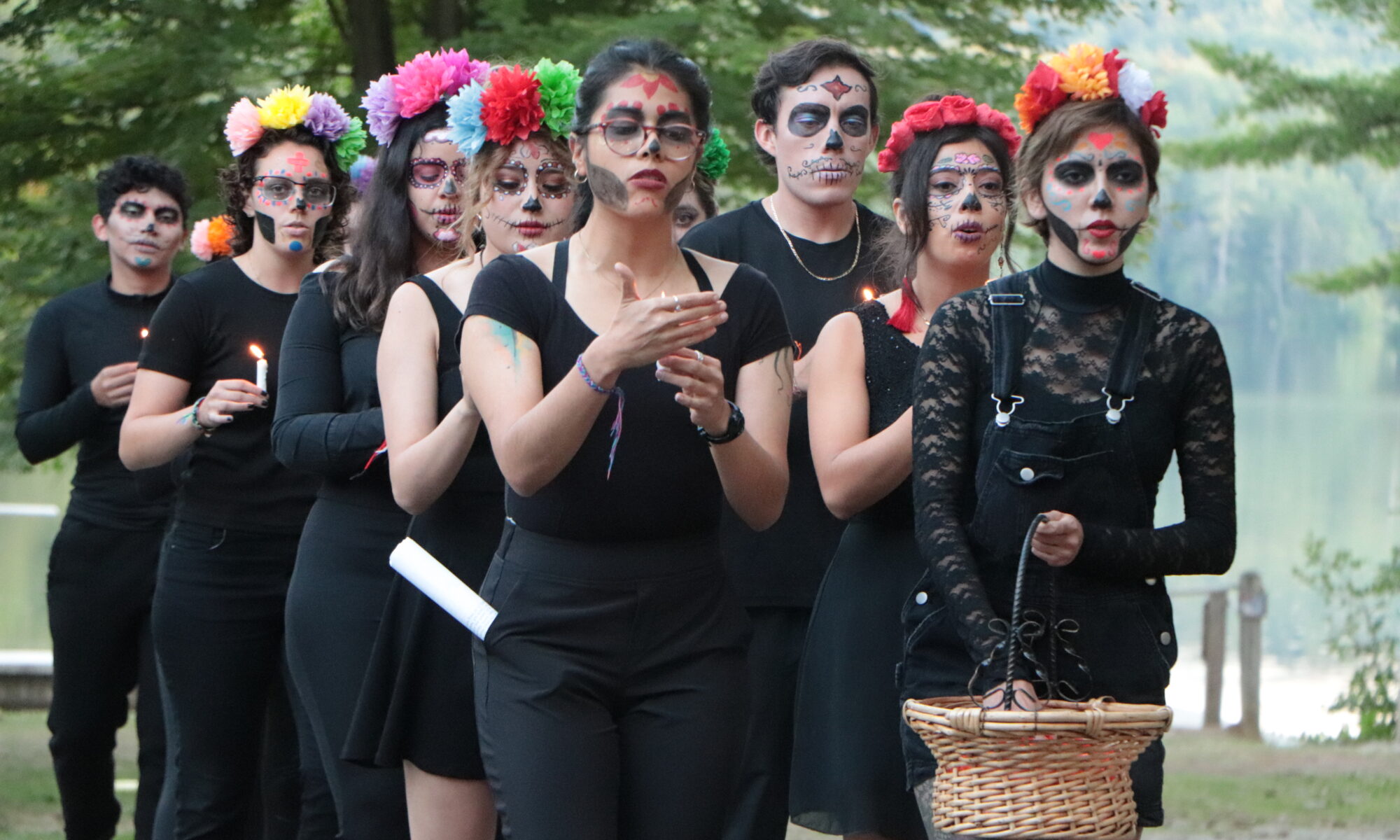 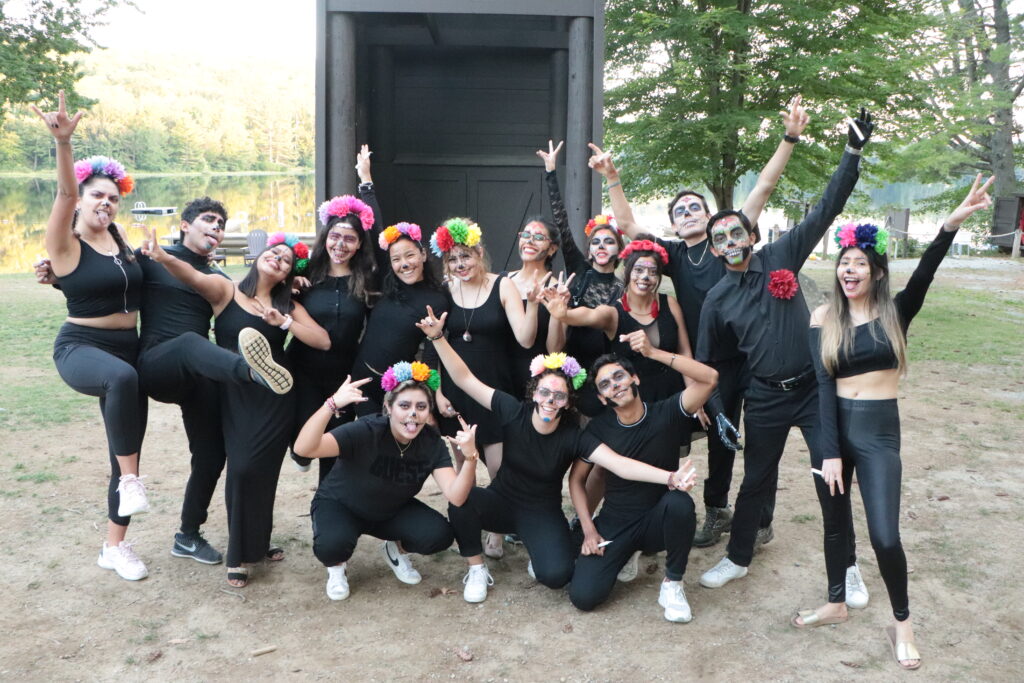 A highlight from this summer were the stunning Drama Shows. In particular, our session 3 drama show, Coco. For those of you that were lucky enough to be involved with this show or to have watched this show know how special it was. If you haven’t seen the Disney movie Coco, it is a story inspired by the Mexican holiday Day of the Dead. We had a large number of staff this year from Mexico, including our two drama directors Alma and Sylvia.

The idea for Coco came from a conversation we had together. We wanted to create a play that was complex in the aspect of cultural exchange that we wanted to capture in scenes.  We  wanted to share our culture and the best way that we found we could do this was by putting on the Disney show Coco. Coco is a touching story, many of the elements of Mexican culture are brought together in this movie and that is why we chose it since we did not want something cliche about Mexican culture.

We chose Coco because we love the Day of the Dead. In Mexico it is a wonderful tradition that we celebrate with our families, the food, the flowers, and the meaning; we believe when we die our souls go to the Mictlan, the underworld. Our families or relatives put an Ofrenda with our favorite food, beverage, a portrait, flowers, and sugar skulls to remember how we were in life and tell our future generations about us. For Mexicans, death is very important because it allows us to transcend, being the bridge between our ancestors and the new generations.

We wanted to bring a piece of our homeland to a corner of the world where they probably had never heard of the Day of the Dead. It was very important for us to share our roots with the camp since we saw their traditions and interactions on a daily basis and we wanted them to understand a little bit of what we experienced on a daily basis in Mexico.

It was a magical process, from the elaboration of the costumes and scenery, to the staging, which we had to contextualize to the children so that they could understand the reason for many dialogues and actions that for our Mexican children is their daily bread. We included many Mexican influences, such as: traditional sugar skull makeup, the scenography of the Mictlan (the underworld), traditional death paper cut that was designed with our own hands, the traditional orange and purple flowers (Cempasuchil) that only bloom in the months of October and November that show the way to the Mictlan, as well as the traditional Ofrenda with candles, portraits, and food. The costumes we made were also influenced by Mexican culture. We made long skirts for the dancers and hand-painted skeleton shirts, as well as other shirts with the design of traditional flowers from a specific state called Oaxaca. A classic and fun reference we also included was the sandal when a mom corrects your bad behavior, we loved to explain to the campers and drama staff the meaning and why moms do that.

Making Coco was very important to all of the Mexican staff. They were willing to participate in everything from making paper flowers, painting t-shirts, and attending rehearsals for the songs we sang at the beginning of the show. They were very excited and proud to do it. We all sang “La llorona”, at the start of the show, because it is a classic of Mexican regional music.

Many of the Mexican staff cried, touched by the show. Some of them were homesick, that’s why they cried and felt closer to everybody. For Mexican staff sharing this tradition was significant.

We carried out the play with a lot of love and dedication, like all the work we do at the camp. However, Coco was one of the works that we liked the most because it allowed us to approach a different culture with our hearts in our hands, starting from a place full of magic, equality and appreciation.

To be honest, at first, we were nervous that the show would not be well received by the campers and the staff but it was a great surprise and relief that they were so excited and curious to learn about Mexican culture. We loved everyone’s reaction to watching the show. We are very proud and happy to have been part of this great experience making Coco.